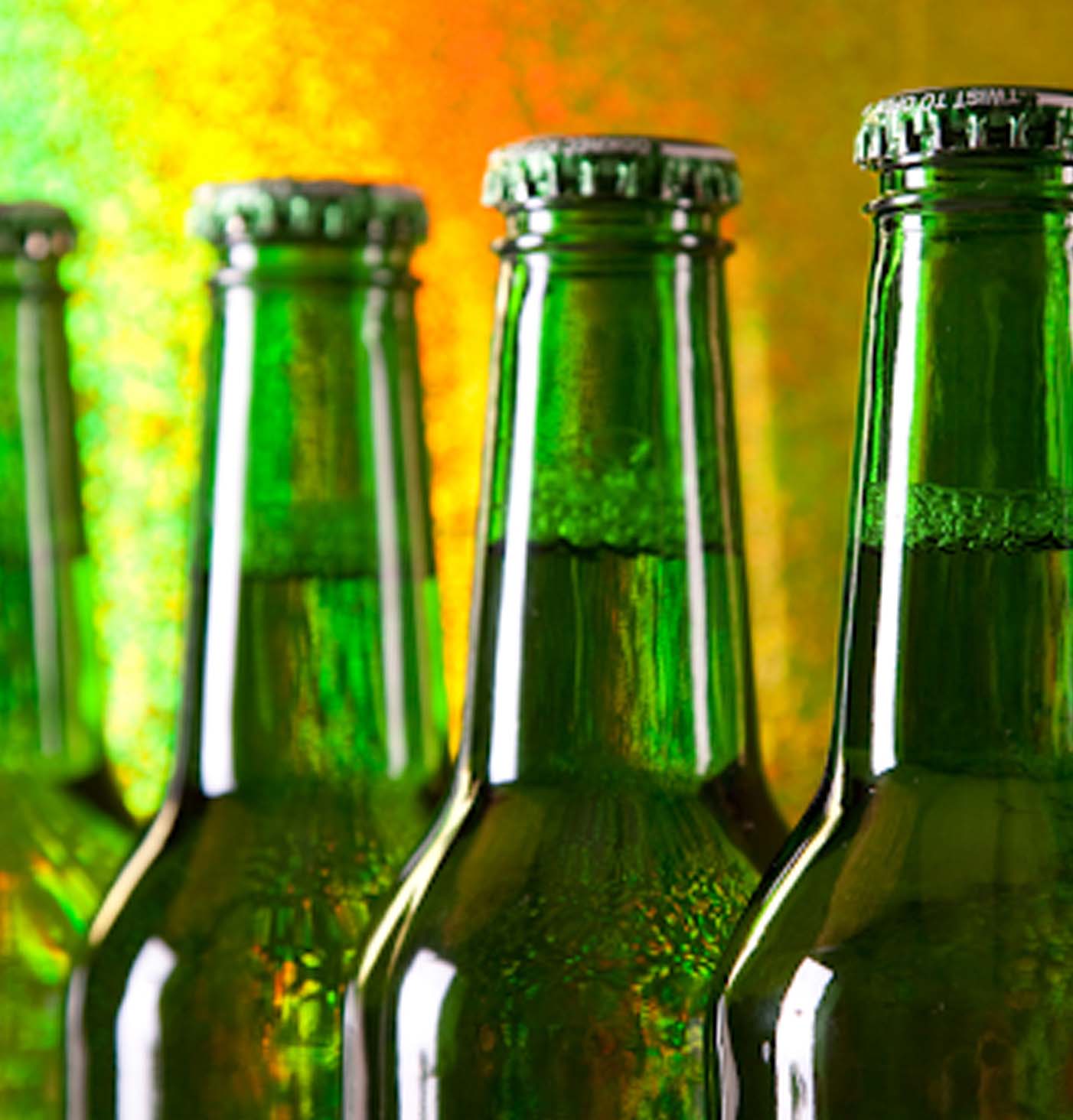 Why Do Beer Bottles were made with Green or Brown Glass

Beer Bottles made with Brown or Green Glass

Beer has been around for a long time; the ancient Egyptians were able to brew it thousands of years ago. However, bottled beer did not become popular until the nineteenth century, when brewers realized that storing beer in glass would keep it fresh.

When beer was kept in clear glass and left in the sun for too long, it began to smell “s.kunky” – literally like a skunk. Because of the clear glass, UV rays were able to penetrate the beer and alter the flavor.

Turning bottles brown, a darker color that would block out the rays, was the solution. Due to a scarcity of brown glass after WWII, green bottles became popular.

Because the materials needed to make brown bottles were in high demand, green bottles entered the beer scene around WWII. Companies switched from brown to green glass bottles because they didn’t want to put the good beer back into bad-performing clear bottles. As a result, beer drinkers started associating green bottles with higher-quality brews. Green bottles don’t do a good job of blocking out the sun’s rays, which was the problem with the change. However, some producers used green bottles for such a long time that switching back was difficult. Pasteurization is a must-discuss topic in any discussion of beer packaging. Some brewers use this process to sterilize and stabilize their products by killing any living microbes in the beer, including yeast. Bottles, kegs, and cans of pasteurized and unpasteurized beer are available.

It was revolutionary when it was first introduced in the brewing industry in the late 1800s. Some members of the beer community now reveal it. They explain that beer is a living organism that should treat as such. Pasteurization and over-filtration remove the beer’s flavor; the process produces a burnt sugar flavor.

Whether this is true or not, we’ve never noticed burnt sugar in our beer—pasteurization is no longer as important as it once was in providing good beer to the market. Unpasteurized beer is unlikely to spoil before it reaches you, thanks to modern brewers’ sanitation techniques and effective refrigeration throughout the supply chain.

We have brown, green, and clear bottles to select from in today’s society. The color of your bottle does not necessarily indicate skunk sensitivity. To keep beer fresh, some glass manufacturers add transparent, UV-protected coatings to glass, so the color of your bottle isn’t necessarily an indicator of its susceptibility to skunk. Given that light is the beer’s greatest enemy, put your bottles in a dark storage container to avoid skunking. That’s good advice to remember the next time you’re at the beach, grilling or tailgating with a beer stockpile.

Making Your Beer at Home

Friends are getting together more often these days to brew their unique brews at home. Brewing parties are a fun way to spend time with friends while creating your favorite beverage.

Depending on the craft brew you want to make, there are a plethora of recipes available online. Making and bottling your brew is a great way to save money while giving special gifts to friends and family. The beer will need to be siphoned into bottles once it has been brewed to specifications. Sanitize the bottles before using them, and keep them upright by placing them in a large pan.

The beer bottle cap must be placed on top after the beer has been poured. The cap will be held in place with a special clamping tool. Most beers need to sit for a while before being consumed. Let is sit carbonation; the bottles should be kept in the dark pantry or cabinet. Most homemade brews can be kept for up to a year before losing their flavor.

Put the brews in the refrigerator overnight once they’re ready to drink so they’ll be nice and cold when you serve them.

If you create a big batch of homebrew to gift to friends and family, there’s no reason you can’t put your stamp on it. Choose your favorite beer bottle. You may stick with the original brown bottle for authenticity or use whatever bottle you want.

Custom labels featuring the name of your beer, your name, the date it was produced, and any other unique touches you’d want to include may be created. Personalizing your beer bottles can make a big impression at your next party or family gathering. If you have a group of pals who love making their brews, have a beer tasting party.